As part of the newly announced 6.0.0 Appcelerator Platform release, we also published a completely revamped version of our KitchenSink sample app. The sample app has been rewritten from scratch and now features the best practices we recommend Appcelerator developers follow (e.g. Alloy, launch-screen storyboards, and JavaScript constructors). 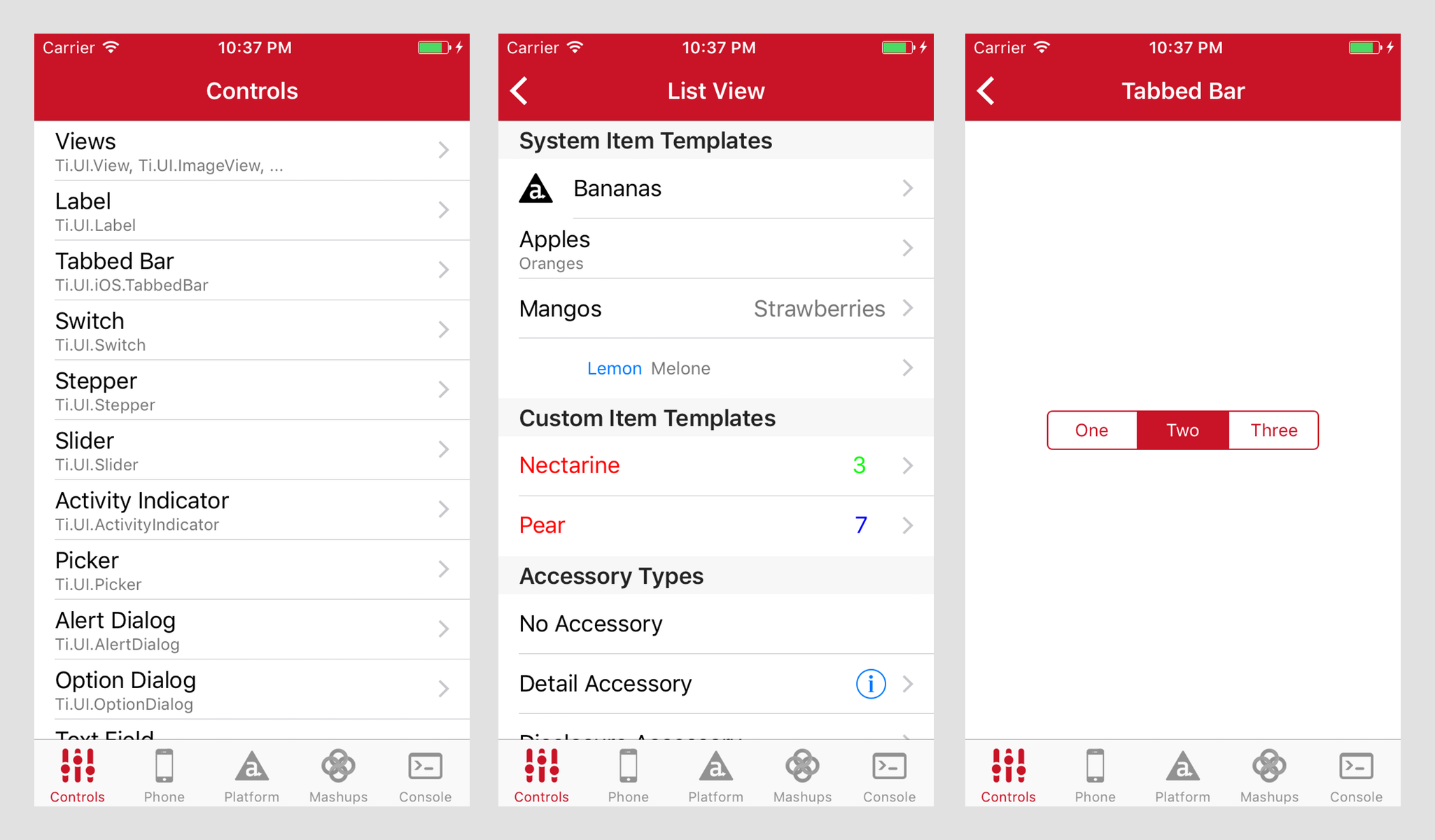 The new KitchenSink app features examples of all common views and widgets, with many more examples like HTTP-requests, sockets, 3D-Touch, URL-schemes, Android intents and more to be added over the next few months.

We are more than happy to include additional examples contributed by the community, so if you have a certain API that you want to share within the KitchenSink, let us know and submit a new pull request!

For more ideas and feedback, feel free to get in touch with us on TiSlack.